From Fear to Fun 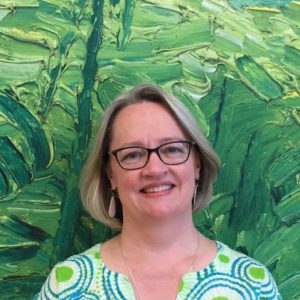 About a year and half ago, my colleague Merlin Wisswaesser and I were invited to be interviewed on a live radio show called Well Talk (shout out to Merlin’s wife, Meg, for suggesting us!). The idea was a bit terrifying, but I couldn’t ignore that it was a good opportunity. It was also comforting that I would be in the company of my gregarious friend, so I agreed.

The day of the interview was was warm and sunny, and the sky was bright blue. The hour-long drive toward the Berkshires was easy and pleasant. I used the expansive scenery and the softness of the air to help encourage some ease within myself. Why not? At that moment, I wasn’t on the radio. I was just driving. I made a conscious choice (repeatedly!) to stay in the present, rather than projecting myself into the future. Quieting a tendency to expect the worst, I had an epiphany; it turns out that until something happens, there are infinite possibilities, not just terrible ones!!!

I had thought about the prepared questions the day before, which left me free to stay with myself (not my answers) on the day of the interview. As show time approached, I experienced alternating bouts of panic, dread, and excitement. I let them pass through, lightly bringing my attention back to the present. This continued as Merlin and I met at a cafe beforehand, as we walked into the studio, talked with the host, Avi, and sat down next to the microphones. Avi is a seasoned professional and has an interest in producing a good show, so we followed his lead. He was a reassuring presence, moved the interview along, intervened if things fell flat, and assured us that he had full command of the magic of editing!

By the time we were on the air, some of my old familiar fear reactions were fully realized, but as shadows of their former selves. I was able to observe them, rather than becoming overwhelmed. I experienced my vision narrowing, my body beginning to tighten, and a kind of mental fog. Instead of trying to make any of it go away, I just let it all be there and reminded myself that I could also still think, speak, and listen, and I continued to issue this reminder moment to moment.

My memory of the first few moments of the interview is a blurry sense that I had a vocabulary of about ten words. So, for those few moments, I actually didn’t try to say more than I could easily manage. I kept my answers simple as the fog cleared. I trusted Avi to handle it, listened with relief when it was Merlin’s turn to talk, and within a short time, became much more comfortable. By the end of the interview, the fear was gone and I was enjoying myself. It was actually kind of fun!

Later, when I mustered the courage to listen to the interview, I was both relieved and surprised. The first few minutes didn’t really match up with my memory of what I’d said, or planned to say, but it was all OK. I didn’t hate my voice! I lived through it! I briefly fantasized about a career in radio!

Sensations of fear and nervousness are unpleasant, and scream for recognition. After all, they’re trying to protect us. Trying to ignore them or make them go away doesn’t tend to work for me. What did work, in this case, was operating from a different place. F. M. Alexander’s discoveries included the observation that our felt sensations can be misleading. It was counterintuitive to believe that I could function well (not just get through it) while feeling so uncomfortable, but that was the exactly what I needed; to trust what I knew.

I teach in-person in Northampton, Massachusetts. Online work is also available, and is convenient and effective! Find out about new offerings here. To inquire about working with me, please email me or call 413-221-7653. 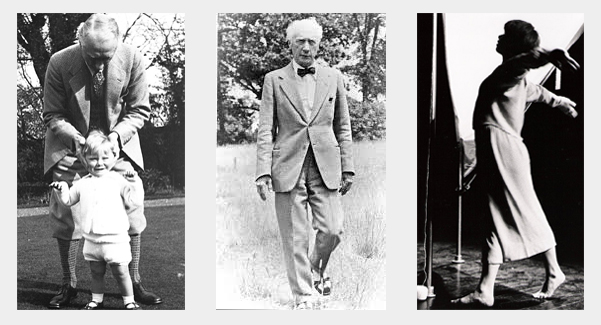 Photographs of F.M. Alexander © 2017 The Society of Teachers of the Alexander Technique, London.

My teaching studio is located in 16 Center Street (Central Chambers) in downtown Northampton, Mass. Click for directions and parking information.

“Nine things that will help you feel better right now!”

Plus, you’ll receive news and updates about future workshops and events.

Nine things that will help you feel better right now!

Thanks for signing up!

Download your free copy of my helpful guide to feeling better in the moment.