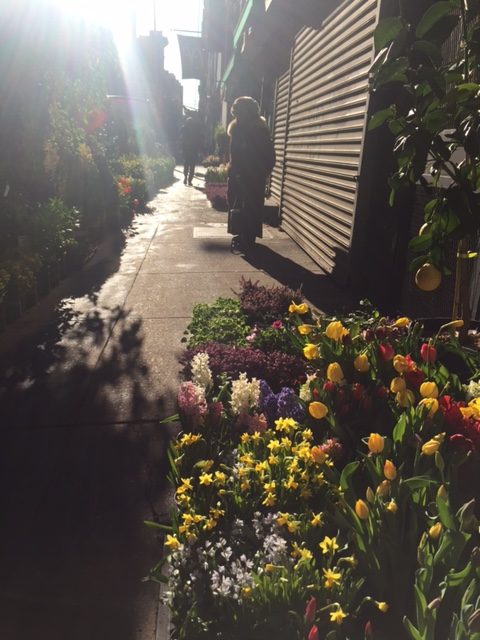 This photo happened while I was on my way to a workshop in New York City. Part of my commute took me through the flower district in Manhattan, where plants and flowers of all kinds were being brought outside for display. The scent of the hyacinths hit me, then the glow of the backlit flowers and the scramble of many shops opening simultaneously. I dodged one man after another, each wheeling what looked like an entire garden out onto the sidewalk. In March. In New York City. There was no time, and no place to stand and take a photo. I stopped to look at the composition for half a second, not even really seeing the lady with the hat, and tapped the button on my phone just in time to get out of the way of an irritated guy with tree. I’m happy with the result. It was the magic potion of chance and inspiration, a little trust, and probably some other things. But I think it was also not being too invested in the outcome. That’s all easier said than done sometimes, but the magic we can practice is being open to the possibility.